She boasts a staggering array of accomplishments for a rising star, notably her worldwide touring with the Pacha brand in and around Europe and her countless DJ apperances across a myriad of super-clubs from Zouk to Pacha, Fabrik to Blue Marlin and everything in between.

An Ibiza stronghold, and festival maven, B Jones embodies the gypsy spirit of the island’s authentic self. Whether you’re in need of something sophisticated and decidedly jet-set, or you’re just down to feel sand in your toes and that magical house-music heartbeat, this is one DJ that delivers the goods. House music, B Jones says, is the great liberator.

She’s faced adversity early on but that’s been a catalyst for success in her eyes. Not willing to settle, she pressed on, knowing her young daughter was right by her side through it all. She was not about to fail her. A mother’s love is a powerful motivator! House music had embraced her and she was never letting go.

In 2012 she becomes resident DJ of the well-known Club Pacha La Pineda and a finalist in the EMI music contest “She Can DJ”. She also releases her first production “I Wish You Well” under the label Vendetta Records (Black and White).

She continues with forward moves in 2013 by becoming DJ Resident of the Pacha Ibiza World Tour and, on behalf of Pacha Agency, toured the world as an “Ambassador DJ,” captivating fans wherever she played. Her passion for house music was infectious and promoters and her growing list of fans, couldn’t get enough.

In 2014 Pacha Ibiza counts on her as resident DJ for their Pure Pacha Nights, where she shared the booth with Bob Sinclar, Martin Solveig, and Don Diablo among others. Later that same year she mixes CD 1 Pure Pacha 2014 for Pacha Recordings.

She also makes herself a champion for Ibiza, producing a track to protest against oil exploration on the white isle. “Ibiza Says No” was released on Pacha Recordings in 2014 and gained wide spread support on a very important issue.

She’s got so much style, talent and charisma that is wasn’t long before the media noticed. In 2015 she was nominated for “Best Artist of the Year” at the Vicious Music Awards. Vicious is the largest Spanish dance music magazine in the world.

The spark of a DJ come to light: “I still remember the first time I snuck into Space (Ibiza) and stayed hour after hour very close to the DJ booth watching all the DJs passing by until it was time for Carl Cox. Then, I felt that incredible energy in the DJ Booth, such great charisma, and confidence … I wanted to be him! And this feeling brought me every Tuesday to Space so I could enjoy his presence and his energy.”- B Jones

B Jones sets the bar high. She’s not a flavor of the month who is trying this DJ thing out. This artist has struggled to perfect her craft through intense sessions and cut her teeth across many continents. She isn’t afraid to work for it and she has the tenacity to rival any one playing today. The girl likes a challenge and she’s met this one head on and with zero regret.

B Jones is what we all want in a DJ- someone who plays for us because they are us.

The rest of 2016 looks bright for the talented B Jones. She’ll continue to tour the world and play among the very best at festivals in Spain, Sweden and Asia- and that’s just the tip of the iceberg! 2016 is also the year when she will release two brand new house anthems
“Leave It Behind” and “Run A Hundred” written by Grammy Winner N & R Hanna/ Papadimas.
Both songs capture the freedom and spirit of pure house music and aptly show off B Jones’ talent as a world-class producer.

You can keep up with all things B Jones by following her on social media and playing her “Come Closer” podcast series on repeat. House music all night long…

B jones embodies the authentic Ibiza. A lifestyle that fuses the wild and unconventional spirit of the gypsy with the sophistication and flair of the jetset. An ideal crossing of cultures where B jones reigns as its Queen.
With a genuine, unpretentious and exclusive manner she let´s every single person feel welcome and seen-a true and rare gift.

There is another Ibiza with no relation to arrogant, pompous and distanced superstar mannerisms.
There is another Ibiza and even if it inhabits the same clubs, the same festivals and the same crowd it moves it all differently.
With more heart, closer to untainted joy and closer to each other.
Let’s call it human Ibiza. And let’s call B Jones its Queen.
A Queen of everything warm and happy and heartfelt and close.
A Queen of making music a bridge, not a barrier, between DJ and crowd, creating a family. B Jones.Come closer 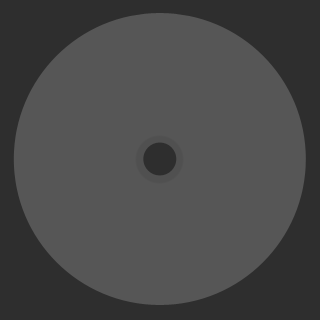 B Jones - Leave It Behind