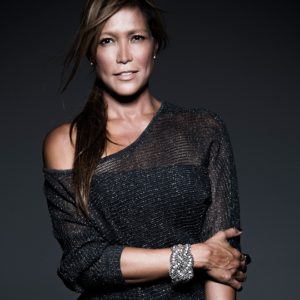 In the world of dance music, most DJ careers are either short-lived or don’t even get started. Gayle Sans is one of the rare examples of a DJ who has longevity in such a competitive and ever-changing industry. Her originality and adaptability have no doubt played key roles in maintaining a long and fruitful career.

Hailing from Singapore, Sans got her career off to a strong start in the 90s, DJing at the “Top Ten Club”, which was the club of the moment on the island at that time. Gayle warmed up for bands such as Kool and the Gang, Earth Wind and Fire and The Commodores. This all came from previous hard work and her desire to prove herself, by relocating to the UK in 1988 to pursue her career. Her first steps into the London clubs came via DJing at record company parties, various one-off guest spots and fashion shows. This led to her becoming the resident at ‘Reach for the Sky’ in London’s ‘Limelight Club’, where she played alongside global DJs. Gayle describes this as “the steepest learning curve possible”.

Gayle later began to experiment with the harder side of dance music, particularly the lesser-known techno sounds coming to Britain from Europe and the US at that time. Her chance then came to pioneer the music in England when she became resident DJ at Universe’s legendary Final Frontier, at Club UK (in South London). This later progressed into Universe Voyager at their new North-London club, ‘The Complex’. As well as this, San was also resident at all of the Tribal Gathering Festivals.

Final Frontier became regarded as one of the best club nights in the world after Gayle had amassed a following of techno pilgrims, making journeys from as far as Edinburgh to hear her play. Gayle’s reputation regarding her 3-deck mixing skills and her DJ sets spread like wildfire over the techno capitals of Europe, most notably her once-a-month residency at the legendary Omen club in Frankfurt (the so-called ‘Mecca of Techno’).

San would later play at some of the biggest clubs in the world, not to mention high-profile parties for the likes of Prince, Chaka Khan and Kylie Minogue.

Gayle Sans now runs her own label ‘GSR’ and has recently released some of her own tracks on various labels, such as Phobic Rec, Toolroom, Naked Lunch, H-Productions as well as releasing several remixes for various artists. Gayle’s presence on the decks is still strong with gigs spread across the globe including much of Europe, USA, Japan and China.